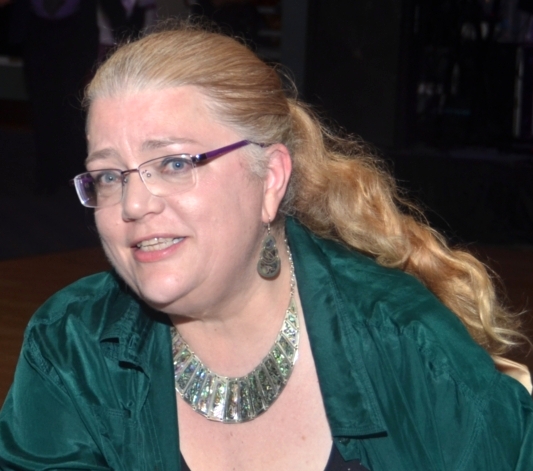 I’m a 66-year-old woman who moved to Atlanta, Georgia in March 1997, from the desert that is eastern Washington state, where I spent seven years. Before eastern WA, I lived in western WA (the most beautiful place in the world!) for six years. I’m originally a New Yorker, but not from the city – I grew up in Port Jefferson, a small town about two hours out on Long Island.

I went to college at SUNY Oswego, six-plus hours upstate from New York City, where I majored in Psychology (and, unofficially, in ambulance work). I had a version of the quintessential “well-rounded” education. I pretty much took one of everything and two of some things. 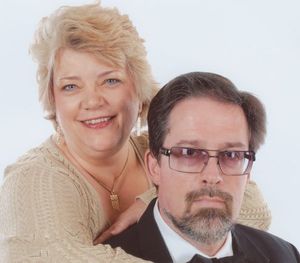 After graduation, I joined the Navy and spent six years on active duty. You’ve heard: “join the Navy, see the world?” I spent all six years in Philadelphia – just four hours from home!

When I got off active duty, I moved to Gig Harbor, Washington and, among other jobs, worked as a job shopper/technical editor. I lived there till Boeing offered me a deal I couldn’t resist (be careful what you ask for!) and I moved {sigh} to the desert side of Washington. For five years I worked as a technical writer/editor and a trainer of editors for Boeing Computer Services, Richland, a subcontractor to Westinghouse Hanford Company, at the Hanford Nuclear Reservation. Along with about 500 others, I got laid off the end of June 1995.

In an astonishing coincidence (if you believe in them, which I don’t), I met the man who is my soul mate, my other half, through the Stevie Ray Vaughan fan mailing list on the Internet (called Texas Flood). Here’s the short version of how we met:

I had considered setting up my technical writing and editing business in Atlanta. It’s called SnowTao Editing Services and specializes in technical and scientific document editing, production, and publishing, and in World Wide Web publishing. But Michael Ray and I prefered that I spent my days in his company, so I helped out with Micro-Metrics and dabbled in a variety of other things. Michael Ray died, VERY unexpectedly, on 10 July 2011 of a (heat-related) heart attack after mowing the lawn. He was only 60./p>

El and Mike at Mont St Michel, 2010 “Icy Jewels” TransAtlantic cruise on the RCCI Jewel of the Seas

I have taken over the Micro-Metrics Company, and have been refining, strengthening, upgrading, and trying to update the company. 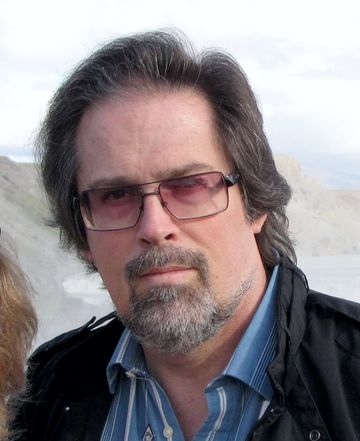 Michael Ray Laurence, my beloved husband, was owner and President of the Micro-Metrics Company, which makes several quality inspection instruments including the Tooke Paint Inspection Gage. (Michael was also CEO and CIO and CFO and heavy-lifter and fine quality maker and and and … in fact, we called him the “epitome of Micro-Metrics manhood,” while I only qualified, back then, as a member of the Micro-Metrics Sissy Brigade!) The gage was invented by his father, W. Ray Tooke and is used world-wide. Michael Ray was a native Atlantan (one of the six native Atlantans still here, we joked!) – having lived here for all but 5 years of his life. He used to say, only half-kidding, that he lived in “Yankee-occupied Georgia.” 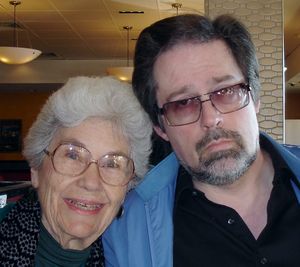 My mom Jean, the astrologer, writer, and singing teacher, moved to Los Angeles to be near Meredith, Mark, and Keith when I left Washington. Despite the earthquakes she has already lived through, she really loves it. She’s been writing poetry and short stories; won 1st Prize one year and 2nd prize the second year in a Shakespeare sonnet competition (!); and she’s sold a lot of articles to various magazines. She’s also the family genealogist, a columnist for Chapman Family Association Quarterly, and teaches writing and computer use at the South California Genealogy Society. 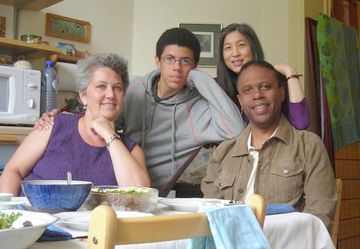 My older sister, Abigail, lives in NYC with her husband Wint and their son Alex. She graduated from law school at Fordham (May 2001) and works for some big-old law firm in NYC. Wint was a freelance violinist whose c.v. includes his Bachelor of Music degree with honors from the University of Southern California, and is now a novelist;   His first book is Panama Fever: Digging Down Gold Mountain. Abby runs the publishing house, Jonkro Books. Alex is an actor/performer. 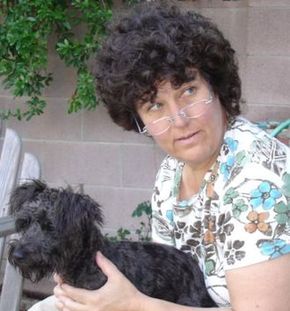 My younger sister, Meredith, lives in Los Angeles with her husband Mark and their son Keith. They have a Schnoodle (Schnauzer-Poodle mix) called Bosko. Mere plays viola with the Los Angeles Philharmonic: She got her Bachelor’s and Master’s degrees from Juilliard in NYC. A few years ago, she qualified as a white-water rafting guide in Arizona.  She  also makes stained glass windows (an interesting hobby for a violist!). 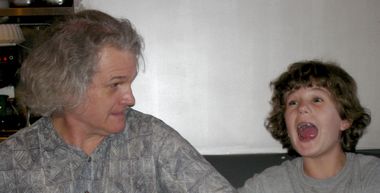 Mark is a freelance percussionist and movie-soundtrack artist (he played on both Shrek and Jurassic Park III, for example!) and he plays with local orchestras, such as the Santa Barbara Opera. 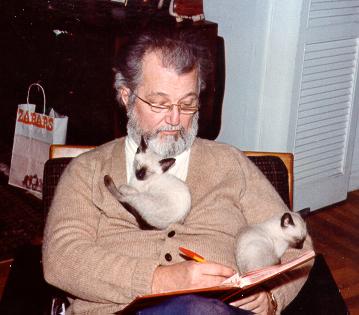 My dad, who was a high-school English teacher and director of both a professional orchestra (Brookhaven Town Symphony) and a choir (North Shore Choral Society), died in 1983. He was a fanatic golfer and his hobby of violin and stringed-instrument repair kept him in the basement workshop for days on end. I’ve posted a couple of his essays and a sermon. 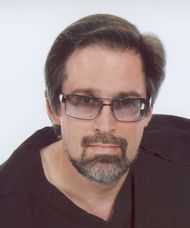 Michael on a cruise 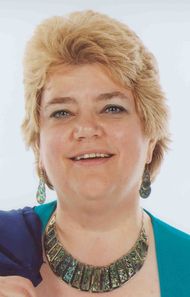 Elenor on a cruise 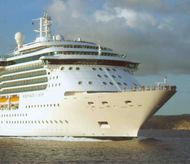 Serenade of the Seas